When World Sailing CEO Andy Hunt visited our Alicante Race HQ recently, we took the opportunity to ask him some questions – not just about the Volvo Ocean Race, but about the key issues facing sailing as a whole right now.

Hi Andy. ISAF recently underwent a rebrand to become World Sailing. What was the thinking behind that?

World Sailing has total responsibility for the sport – every part of it. The rebrand is to make it very understandable what the organisation represents, and to make it easily consumable by sailing fans and non-sailing fans alike. It does what it says on the tin – it’s as simple as that. My focus is making sure that we are seen again as the governing body and absolutely being a catalyst for driving the sport forward across every area, from small boats, to kiteboarding, and of course, ocean racing.

Where does the Volvo Ocean Race fit into the World Sailing family?

The Volvo Ocean Race is a massively important part of the World Sailing family. You’ve got a hugely exciting and challenging event that attracts the world’s best sailors, it’s one of the most successful commercial properties in sport, and we’re looking forward to working even more closely with the Race. We’ve worked together over the last few cycles – and we’re very much exciting to continue doing so in a much deeper partnership. 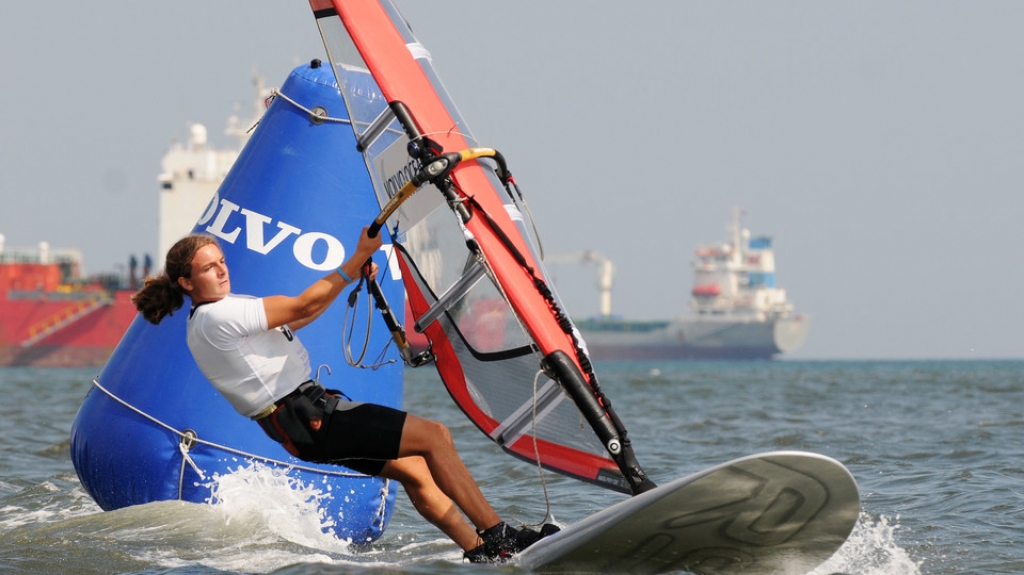 World Sailing looks after some hugely diverse disciplines, from ocean racing to kiteboarding. How tough is it to make sure that you’re giving every sport due attention?

The number of types of boat event formats that we have under our watch is immense, it’s unbelievably challenging to ensure that you’re focusing your attention and resources as broadly as you possibly can but also that you’re delivering change. I think we have some incredibly exciting plans coming up over the next couple of years and yes we have to appeal to everyone, we represent the entire sport, but there are also some things we have to do which are more specific but will act as catalysts positively for the future of the sport as a whole.

How important is the promotional aspect of the sport – gaining visibility in new markets?

We need to promote our sport to the best possible level within the resource that we’ve got. Some of the things we’ve done around broadcast production and the innovation that we’re starting to drive around the Sailing World Cup, or indeed producing an over-arching show that showcases every element of our sport, is absolutely essential for us. It’s the beginning of that journey – no one else is likely to take up that mantle, in terms of promoting the sport end to end on a global platform. It is critical for us to transition from an organisation that has been largely reliant on IOC and member funding with a very small number of sponsors, into a sport that can have products and a proposition which is compelling for commercial support. It’s essential that we use communication to do that and to create assets that are of value to commercial partners. If we do that, we’re a not for profit organisation – every penny we create will end up being reinvested back into the sport. It’s essential, if you’re a small sailing programme in a small nation, that people are aware of what the sport is achieving around the world, and that young people can aspire to, who knows, one day compete in the Volvo Ocean Race. 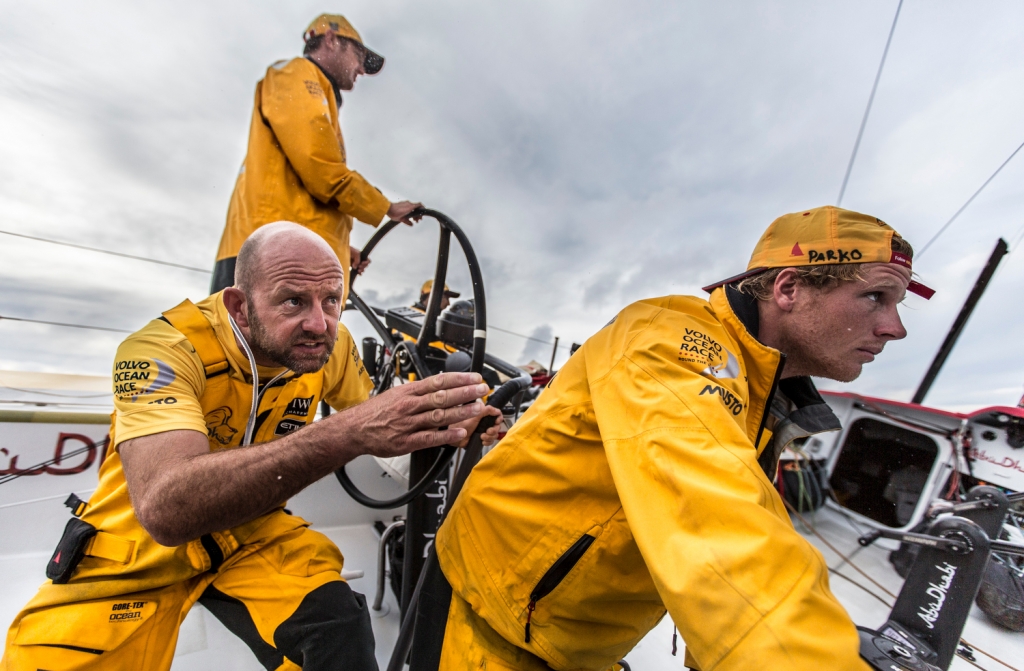 The Volvo Ocean Race is a unique event – why do you think this adventure means so much to sailors and fans?

Well, for a start it’s a truly global event, in terms of the continents and countries that it touches. It also has the combination of being a team event, with support from commercial sponsors and the fans get a huge insight into what’s actually happening on the water, and can really engage with the teams and the sailors.

Do you see any crossover from the Volvo Ocean Race into, say, the Olympics? Will we see Olympic sailors head offshore?

We’re always looking at new opportunities for the sport. I can’t talk specifically on the Olympic Games as there’s a whole process undertaken to identify new sports there, but absolutely I believe that the Olympic Games needs to, in some way, represent the entirety of our sport, and the pathway for our athletes. It’s too early to say if there could be some crossover there, but is offshore racing – and particularly the Volvo Ocean Race – really important to World Sailing? Absolutely, yes.

What’s the trend in sailing as a whole? What are the common challenges faced across the sport?

It’s a big question. Sailing is such a unique sport with the combination of harnessing nature with technology, and all of the multidimensional skills that the athletes need to perform, whether that’s in small boat sailing or ocean racing. We are truly unique and we need to make sure that we’re communicating that, not only to sailing fans, but to new audiences that we’d really love to get to. I really hope over the next eight to 10 years, we, together with great partners like the Volvo Ocean Race, can grow the global fan base for the sport. I’m certain with the plans that we both have, there’s a real opportunity to not only bring a bunch of new fans, but also people wanting to get involved in the sport.

Do you think there is a clear pathway from an event such as the Olympic Games, to the Volvo Ocean Race?

I think we need to do more work to show that pathway to sailors coming into the sport. Of course, not every ocean sailor has to have done an Olympic campaign, it could be from other events that are out there, maybe cat sailing or similar, and ultimately into the Volvo Ocean Race. I think we need to explain that a little better. The Volvo Ocean Race is fantastic in terms of the endurance that you need, and that’s something personally I’m very passionate about – you have to marvel at what the teams go through to compete, and ultimately for someone to win the race. 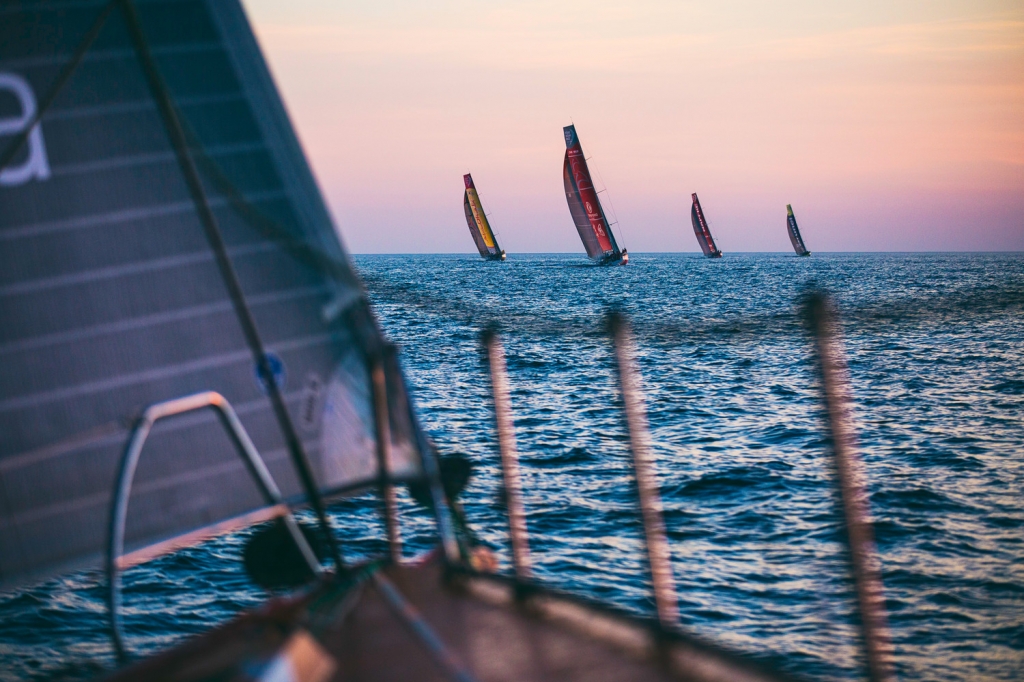 We’re in an exciting time of innovation on the water. Do you think we’ll look back on the rise of foiling etc as being key moment in the sport?

I think we’re in a game-changing era – but that doesn’t make other types of sailing second-class in any shape or form. The beauty of our sport is that it is so diverse. Whether you’re a boarder or you have the privilege of sailing on a J-boat, that’s the wonderful thing about it. Inshore, offshore, on a lake, it’s such a fantastic sport for appealing to every age, and both genders – we’re such a gender-equal sport that there aren’t really barriers to our sport.

We’re just weeks away from the Olympic Games in Rio. We have many Brazilian fans – what can are spectators expect to see?

I’m hugely excited. For all the challenges around the water, and people complaining about the state of it, the reality is that people have been sailing and racing around Guanabara Bay for decades. Brazilian sailors have been training there for years and years, and yes there’s been lots of work done to improve the quality of the water, and to make sure that we have a fair field of play in terms of removing debris, but the most important thing for our sport is that it’s going to be the most incredible backdrop. The sailors are now in the heart of the city again, which is really fantastic. I think the Brazilian fans, when they see Brazilian sailors like Robert Scheidt achieving potentially some incredible outcomes, will get truly engaged with it. It’s going to be a great atmosphere. 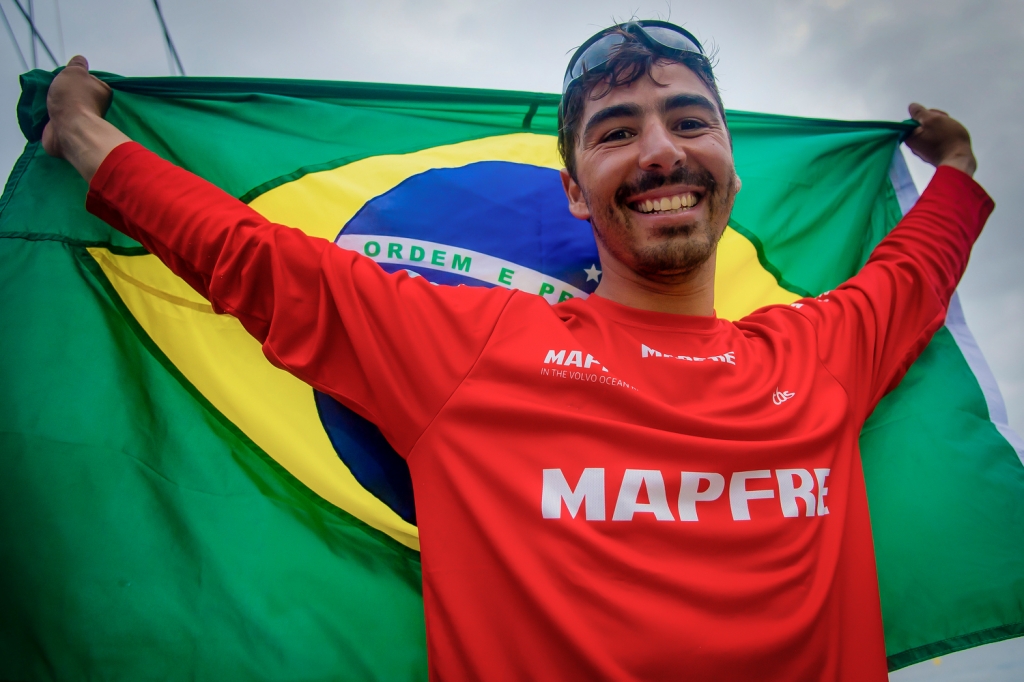 You mentioned the criticism around the water pollution in Rio. Do you think sailing as a whole does enough on this issue?

We’ve worked relentlessly with the Rio Organising Committee and the city and state governments to do what we can about Guanabara Bay. For us as a sport, do we need to do more? I think we do. I think we need to continue to work to set the right standards for water quality in venues where international competition takes place, and that’s going to be one thing that’s on my agenda long-term, but very importantly I think we need to lead on the area of sustainability within our sport and do whatever we can to ensure that sailors, as, ultimately, guardians of the ocean, can feel responsible and become advocates for this incredible playground. It’s not just about Olympic sailors, it’s about everyone.