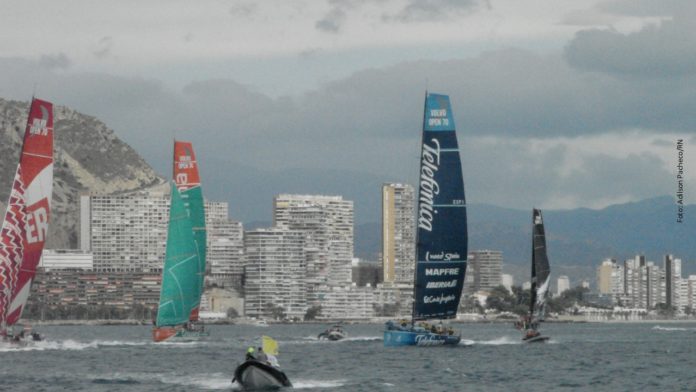 The 2011-12 Volvo Ocean Race is remembered for brutal conditions which dismasted or otherwise damaged large portions of the six boat fleet from the start, with half the boats retiring on Leg 1 from Alicante to Cape Town. 🇪🇸👉🇿🇦

Franck Cammas and Groupama would go on to win the race, making Cammas only the second French skipper to take victory in the race’s history after Lionel Péan in 1985-86.🇫🇷🥇
Groupama did it the hard way though after Spanish boat Telefónica had dominated the first few legs.
Groupama then dismasted on Leg 5 from Auckland to Itajaí, diverting to Punta Del Este in Uruguay for improvised repairs. However consistency over the remaining stages gave the French team the overall win with one leg remaining, and Cammas finally lifted the trophy at the finale in Galway.🇮🇪