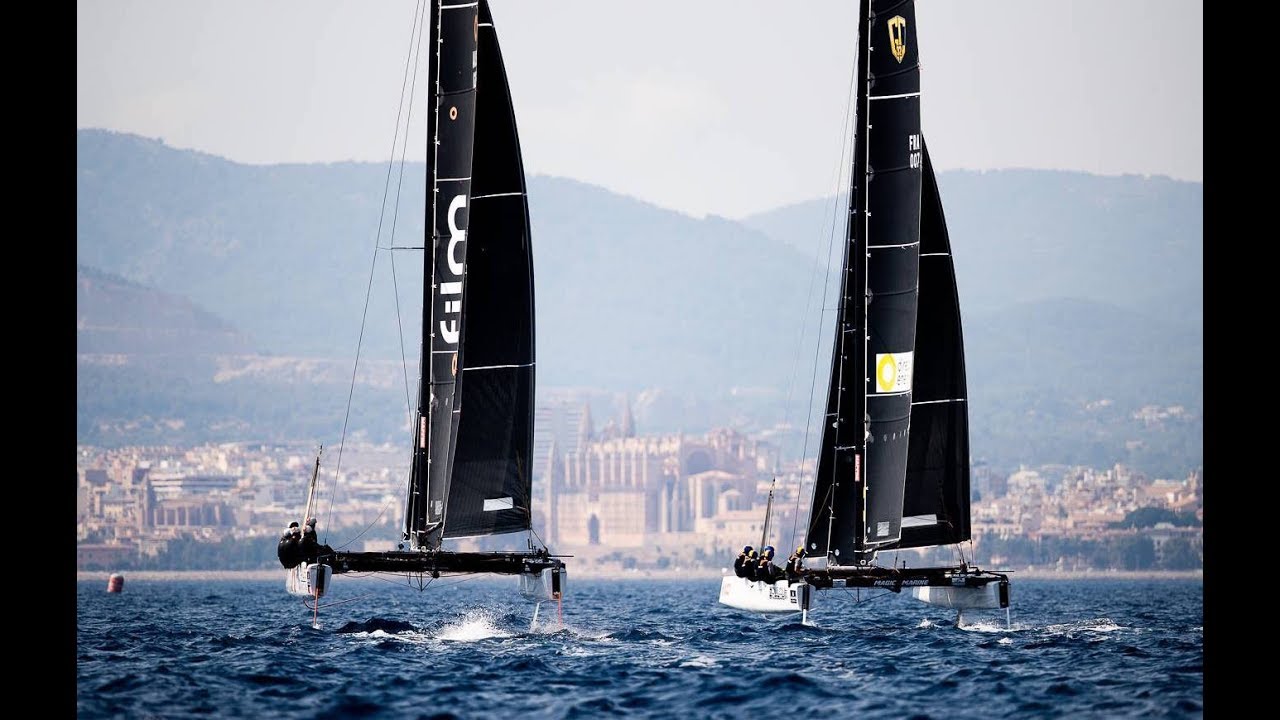 For a second consecutive year, the GC32 Racing Tour will visit the new yacht racing destination of Villasimius on the southeastern tip of Sardinia. For Italian sailing fans this is a significant location as, since last year, the Italian Luna Rossa team has challenged for the 36th America’s Cup and is currently developing its latest generation of flying boats just 45km away in Cagliari.

Two America’s Cup teams are expected to lead the charge when racing takes place at the GC32 Villasimius Cup from Thursday, 12th September until Sunday, 16th September. NORAUTO powered by Team France, skippered by Volvo Ocean Race winner Franck Cammas, claimed the first two events of the GC32 Racing Tour this year, following this with a second at Copa del Rey MAPFRE. As a result she holds a commanding lead on the 2018 GC32 Racing Tour leaderboard, although the French team was beaten to first place in Palma by INEOS Team UK. In Palma, as part of their crew rotation strategy regular skipper Sir Ben Ainslie handed over the helm to Leigh McMillan, but will reclaim it again next week.

For Ainslie, the most successful sailor in Olympic history, this will be his first time in Villasimius, although he has raced out of Porto Cervo often: “I hope we will get some sea breeze. I am looking forward to getting back on the circuit. The event in Lagos was the first event for me and for the team and it was good to podium. Then Leigh and the guys did really well in Palma. Now we have to take what we learned there into the next event.”

Aside from the return of Ainslie, Luke Parkinson, fresh from finishing the Volvo Ocean Race on Team Sun Hun Kai/Scallywag, is standing in for Giles Scott, the reigning Olympic Finn gold medallist.

Returning to defend their GC32 Villasimius Cup title is Jason Carroll’s Argo, present leader in the GC32 Racing Tour’s Owner-Driver championship. “Villasimius is beautiful and is exactly what we want for sailing: Not much traffic, good wind, some waves to make it a little exciting, but not too exciting,” comments main sheet trimmer, Anthony Kotoun. “We had a good time there. It offers a big range of conditions from the two courses – the open water, big place and around the point, where it was more flat water and shifty, which makes it fun.”

Last year’s event remains the only one the US team has won on the GC32 Racing Tour to date. “That was the first regatta where we were finally firing on all cylinders – from starting, to boat speed, boat handling and tactics,” continued Kotoun. He adds that the US team greatly enjoys sailing in new places: Last year’s GC32 Villasimius Cup was the first time the port, that locals describe as the ‘Polynesia of the Mediterranean’, has hosted a major international yacht race.

Other teams competing will be Realteam, skippered by Jérôme Clerc, winner of the GC32 Racing Tour in 2017. From France is owner-driver Erik Maris and Zoulou, usually the team to watch in the ANONIMO Speed Challenge – where teams attempt to record the fastest average time on two reaching legs with a gybe in between. From New Zealand is Simon Hull and his Frank Racing team, new to the GC32 Racing Tour in 2018 and still dining out from winning the Owner-Driver competition in Lagos. South America is represented by Argentinean Federico Ferioli’s Código Rojo Racing, which continues to make solid improvements.

Sergio Ghiani, President of the Villasimius division of the Italian Navy League said: “We are pleased to host the GC32 Racing Tour and its sailing champions, who are an inspiration for students at our sailing school. It will be a beautiful event and will showcase how tourists can enjoy the best wind and sea experience here.”

Fabrizio Atzori, Director of the Protected Marine Area around Capo Carbonara added: “Although it has rules to protect the marine and coastal environment, our Marine Protected Area can host sports events and the GC32 Racing Tour is a circuit attractive to many sportsmen, young people and adults alike. Sailing is also a sport that allows you to compete but in a respectful way for the environment, while enjoying the spectacular seascape.”

The GC32 Villasimius Cup is taking place with support from: