SCBrasil, the country’s only representative in the race, will join a historic route in the 14th edition of the event, which will start in Alicante, Spain

– The Brazilian boat SCBrasil Team can be the main protagonist of a new navigation story of The Ocean Race. The national team, along with flotillas of IMOCA and VO65, with 24 other boats registered from 14 countries, will live an incredible marathon 12,750 nautical miles between Cape Town, South Africa, and Itajaí, Brazil. The SCBrasil Team, from SCBrasil Esporte Náutico, is registered in the IMOCA category. And the country will have, for the fourth time, the only South American stop of the event, in the city of Itajaí, located in the north of Santa Catarina.

The route of the 14th edition was streamlined, canceling the stops of China and Auckland (New Zealand), in response to the logistical realities of a race around the world in a Covid-19 environment. And it will be more daring and challenging.

The route of the 14th edition was streamlined, canceling the stops of China and Auckland (New Zealand), in response to the logistical realities of a race around the world in a Covid-19 environment. And it will be more daring and challenging.

.  From the start of the leg from Cape Town to Brazil, the boat SCBrasil gains worldwide notoriety, being the only representative of the country. The entrepreneurs of the Brazilian boat assess that this change will contribute to consolidate the project at the level of the internal and external market.

“In this new moment experienced by all those enrolled in The Ocean Race, the focus is unquestionably turned to Brazil and the Brazilian boat. It will be a journey of more than 30 days across the ocean, from Cape Town to the South American stop of the round the world regatta, in Santa Catarina. It is a path with a strong commercial impact, combined with worldwide visibility for SCBrasil and the investors of the national project. With the change of route, the Brazilian boat will be the great showcase for the national and international commercial”, assesses Jaqueline Gazaniga, from SCBrasil Esporte Náutico.

An opinion shared by Adilson Pacheco, executive director of SCBrasil Esporte Náutico. “It’s a unique moment for a national nautical project. See that a global visibility is expected that surpasses the 2 billion people who will be following the route towards the American continent”, he says. 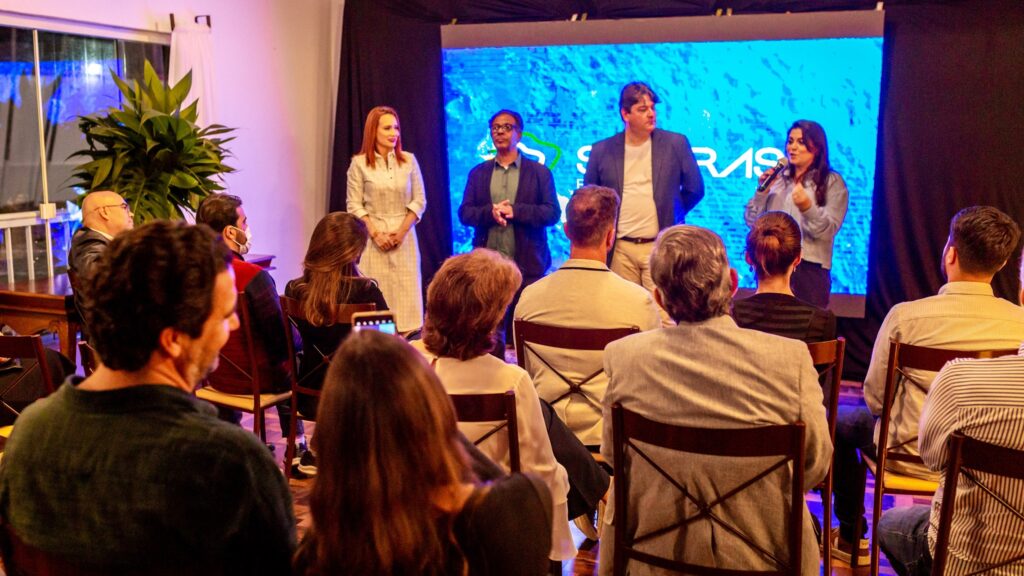 The Commercial Project of the Brazilian boat at The Ocean Race was presented at a nautical workshop, held at the Cabeçudas Yacht Club, in Itajaí, with the presence of 30 entrepreneurs, from Itajaí, Balneário Camboriú and Brusque, who met with more details the Brazilian project. The goal is to encourage and attract investors to the only national boat registered in The Ocean Race.

A boat with a Brazilian crew at a world event seeks to attract the attention of the media, fans and followers. It aims to create attention for the sponsors’ brands and generate business. Stimulate fans around heroes who will participate in the most rigorous and feared race in the world.