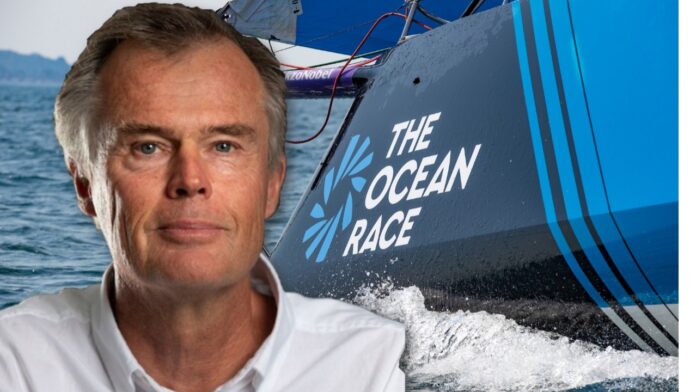 New race called The Ocean Race Europe for the summer of 2021. 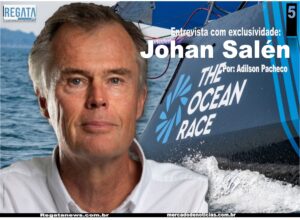 Johan Salén  – Since 1973 we have seen The Ocean Race as one of the toughest challenges in sport. And this is true whether you are a sailor, a team, a host city, a race partner or other participant or stakeholder.

Preparation is key to success but we have all lost significant time over the first half of this year due to the COVID-19 pandemic. Following a rigorous and smooth process of consultation with stakeholders, we have concluded that one way we can maximise the potential of the Race is by giving everyone more time to prepare, so the start date of the race will be in October 2022. 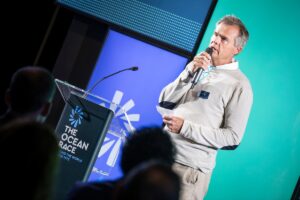 RN:  What is your biggest fear in the face of this challenge caused by covid 19 ??

JS – Our first priority is with all those who have been and continue to be affected by the pandemic, as we announced when the new dates and the Race plans were unveiled a few weeks ago. As an international sporting competition, with stops on six continents, we are deeply connected to the changing reality of sailors, teams, cities and partners across the world and we feel that the unprecedented 10-year plan that was announced provides opportunities for sailors, teams, cities and partners to prepare properly for The Ocean Race and it gives fans something outstanding to look forward to over the coming years.

RN: Some teams are still struggling to find sponsors, will the race organization help in any way?

JS: As a race organiser, our role is to provide an attractive platform for our teams and their partners to participate. If any projects would like our help in telling the story of the race to prospective partners, we are always happy to assist. And significantly, as mentioned above, we have added one year to the timeline, which many teams have told us will help.

RN: How much is invested in a round the world race like The Ocean Race by the organisers and a team?

JS: The budget for a team varies depending on the scope of the project and the different activations that a team wishes to put forward. Historically, It has probably ranged from about 7 Million EUR and go up from there. Going forward and particularly for existing IMOCA teams it will be possible to participate for much less than that assuming The Ocean Race forms part of a longer term programme. The finances of the organisation are private.

RN: The world cities that receive a stop at The Ocean Race – have significant changes in their economies and international projection and – turn more to water sports. How do you see thisimpact caused by the Ocean Race?

JS: The impact of The Ocean Race on host cities is quite significant. As examples from the last edition, the economic impact of hosting the start of the race in Alicante, Spain was an increase in the country’s GDP of 96.2M EUR and almost 2,000 jobs were generated. Cardiff, in the UK, used their stopover as a catalyst to develop the port area where the stopover was held. In Hong Kong, also a new host city in the last edition the stopover showcased a new event venue for the city at Kai Tak Runway Park and promoted the sport of sailing to thousands of school children. Moreover, the Hong Kong Tourist Board used the stopover to promote Hong Kong as a tourist destination, with advertising, overseas receptions, and via promotional logos on the Sun Hung Kai/Scalllywag team boat. In Itajaí, international visitors from Argentina and Uruguay in particular, boosted the economic impact for the city, which was up 28% compared to the previous 2015 stopover. Hotels tripled the number of beds available, keeping tourists in the city, and this led to 75% of the economic impact of the race staying in the Itajaí and the region. Beyond the economic impact, sustainability initiatives helped to avoid the use of 300,000 plastic cups and this will serve as a model for other events in the city and region. These are only a few examples of the impact The Ocean Race has.

RN . Brazil has not registered any national boat yet – and is it expected to have Brazilians participating in the next edition?

JS: We very much hope so that this is the case. Brazilian icons like Torben and Martine Grael are an important part of the heritage of this race, not to mention the stopovers and hospitality we have enjoyed in Brazil over the years. We would be happy to encourage both Brazilian sailors and any kind of team project flying the flag of Brazil.

RN: The new date also coincides with the 50th anniversary of the competition, which will happen with news to mark this date: 50 years.

JS: As you say, the next edition will coincide with the 50th anniversary of the Race, so we’re working on some plans and actions to celebrate the heritage of one of the pillar events in the sport.

RN: Brazil may one day be a final of a The Ocean Race – or because the boats registered are the majority in Europe, it becomes easier for everyone?

JS: For the time being, our main focus is on the next edition that will start in 2022, as well as the Race in Europe in the summer of 2021, and looking to maximise its potential as a world-class, sustainable, purpose-driven sport. Itajaí will be a stop over for the fourth time and the only one in South. America. We will work on the future editions plans in the coming months.

RN: Give more detail to this 10-year plan, which will help teams, cities and sailors to be betterprepared for the regattas.

JS: We know that clarity and consistency is very important for planning, so for the first time in the history of the Race we have announced a 10-year plan, with race dates locked-in for the next three editions of The Ocean Race – 2022-23; 2026-27; 2030-31. All three editions will be fully-crewed, around the world races with a number of stopovers, which should help teams, host cities and partners to plan with a mid-term focus. We are also in the final stages of an accelerated feasibility study, following consultation with stakeholders, for a new race called The Ocean Race Europe for the summer of 2021.

JS: The purpose of The Ocean Race is to contribute to a healthier planet and our SustainabilityProgramme, named ‘Racing With Purpose’, remains as a key, core element of the Race, centred around promoting the restoration of ocean health, and built on the three pillars of The Ocean Race Summits, the Education Programme and the Science Programme, along with key strategic partnerships, such as the partnership with our Founding Partner of the Sustainability Programme and Premier Partner of The Ocean Race, 11th Hour Racing, and outreach programmes. We plan to build upon the legacy of the last edition of the Race.

RN : A personal question – who is Johan Salen ??

JS:  I am the Managing Director and a co-owner of The Ocean Race, an event I have been involved with for 30 years as a sailor, a team project manager and a leader of the event organising body. I first competed in what was then known as the Whitbread Round the World Race in 1989-90 as asailor on board The Card. For the 1993/94 edition, I moved into project management with Intrum Justitia, leading the team to a second place finish, before achieving my first race win managing the EF Language campaign in 1997/98. More team projects followed after that, including another race win with Ericsson 4 in 2007/08. For the 2014/15 edition of the Race, I led the all-women’s entry, Team SCA. I undertook all the projects mentioned above in partnership with Richard Brisius, currently Race Chairman, and in 2017-18 we were proud to be named co-Presidents of The Ocean Race. When an opportunity to purchase the race from Volvo presented itself, Richard and I, along with our long -time business partner Jan Litborn became co-owners of The Ocean Race, with a focus on opening the event up to more sailors and teams ahead of the 2022/23 edition and to put ‘Racing nwith Purpose’, our award-winning sustainability programme at the heart of the race. 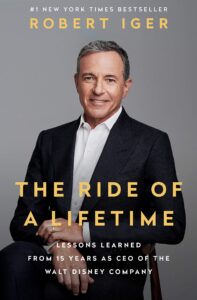 RN . What book are you reading?

JS: At the moment I am reading “The ride of a lifetime” by Robert Iger.

RN: What type of food do you prefer?

JS: I am really an all eater and love food from all corners of the world. If I have one favourite it would be some spicy Thai food!

RN: Your big dream that you would like to fulfill one day?

JS: It is actually a bit of a dream to be in the position we are in now with The Ocean Race. Having been involved with the event in many different capacities over the years, this is the pinnacle